Lewis is actually the same island as Harris, but the range of mountains which divides them made it easier to travel from one to the other by boat in the past, so they have distinct cultures and quite different landscapes and they are traditionally considered as separate islands.

The route through Lewis is a mix of road, peat and some nice off-road paths, and navigation was rarely a problem (except, embarrasingly, right at the end in Stornoway itself.)

A fine view over the Aline plantation and the Lewis hills. 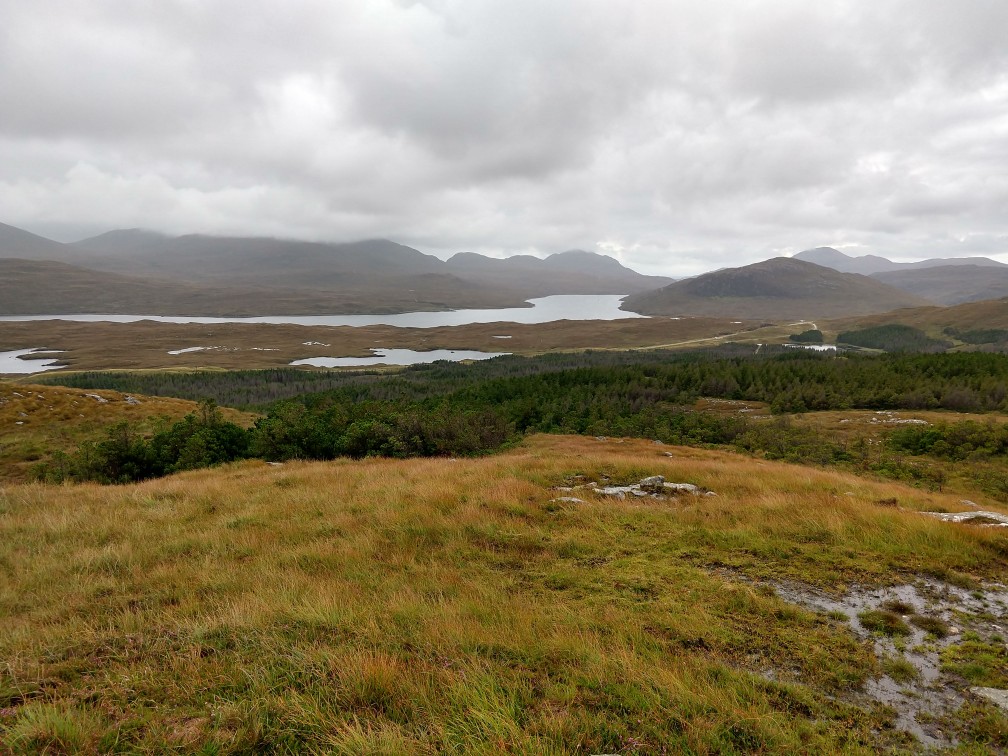 Fairly wet bit of “path” through the peat. 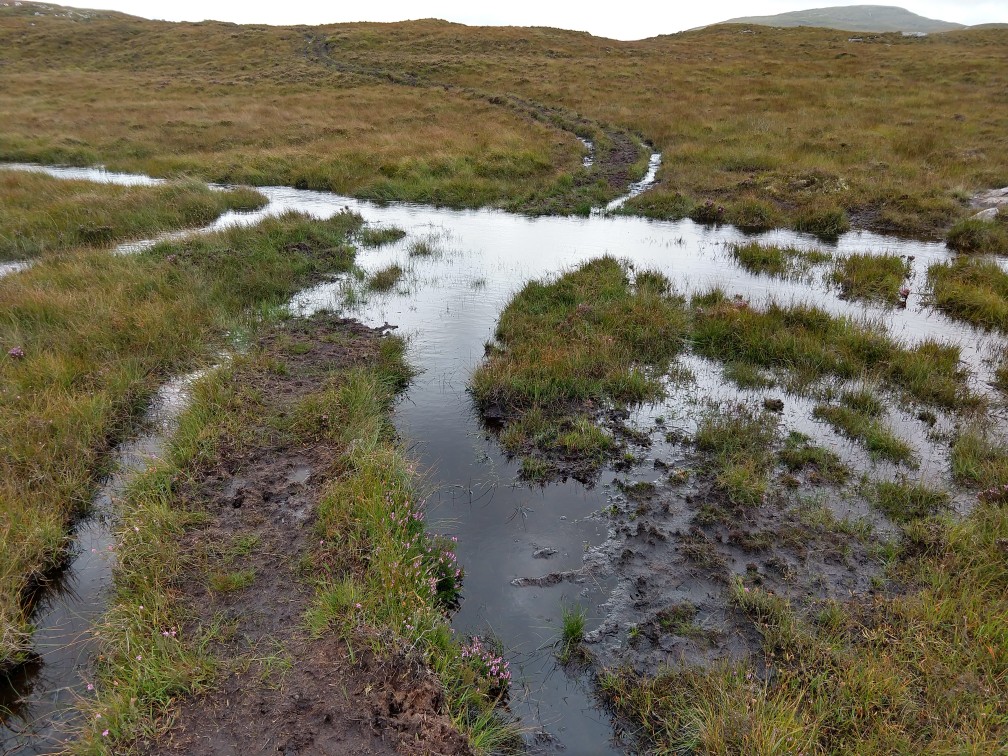 The Lewis peatlands have some fine views, hard to capture the panorama on my phone camera. 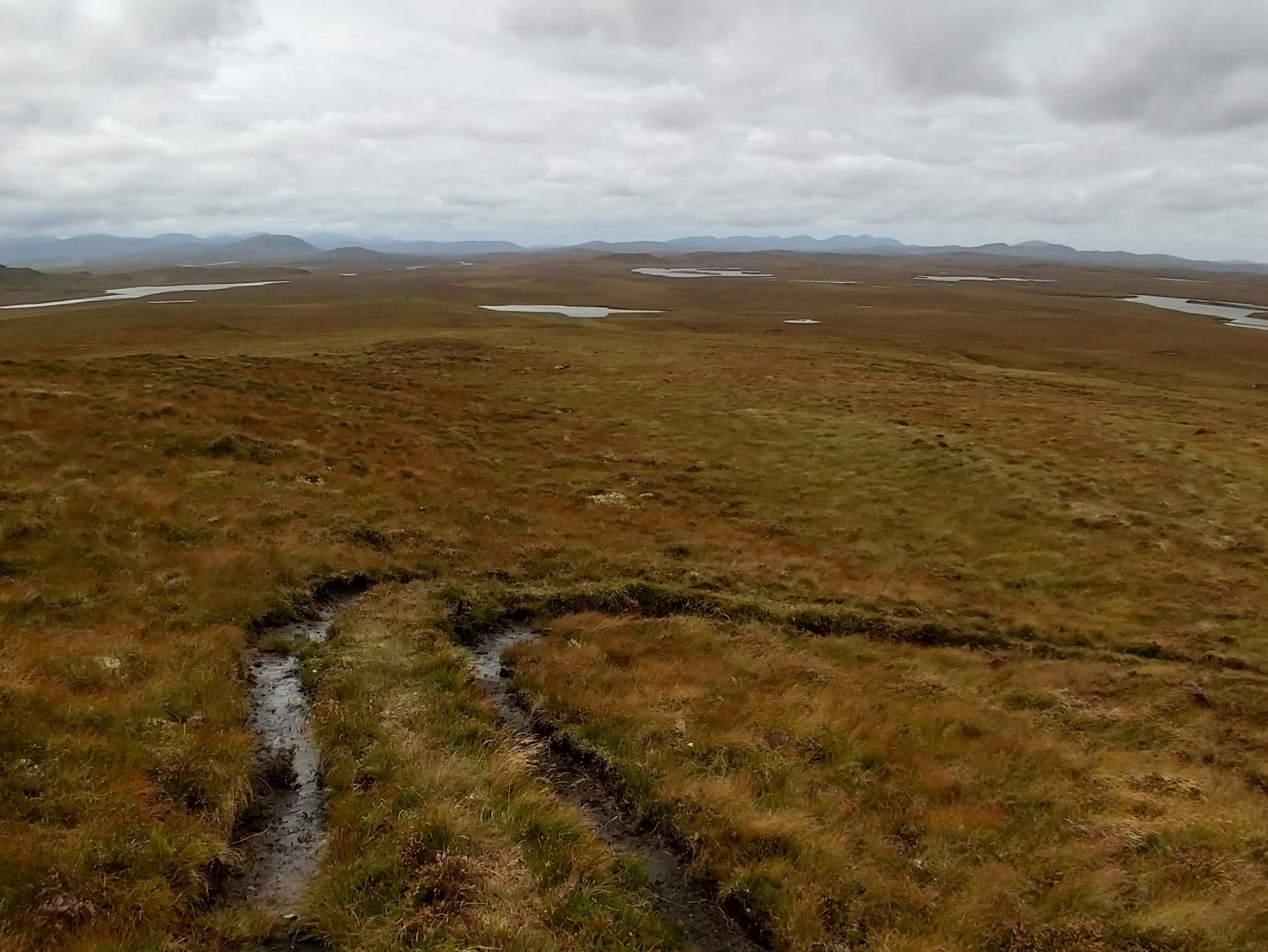 The stone circle at Achmore, not as impressive as Calanais, but not mentioned in the guidebook, an interesting (but windy) place to break my run.

The finish point of the Hebridean Way footpath, outside the Woodlands Centre Cafe in Stornoway. 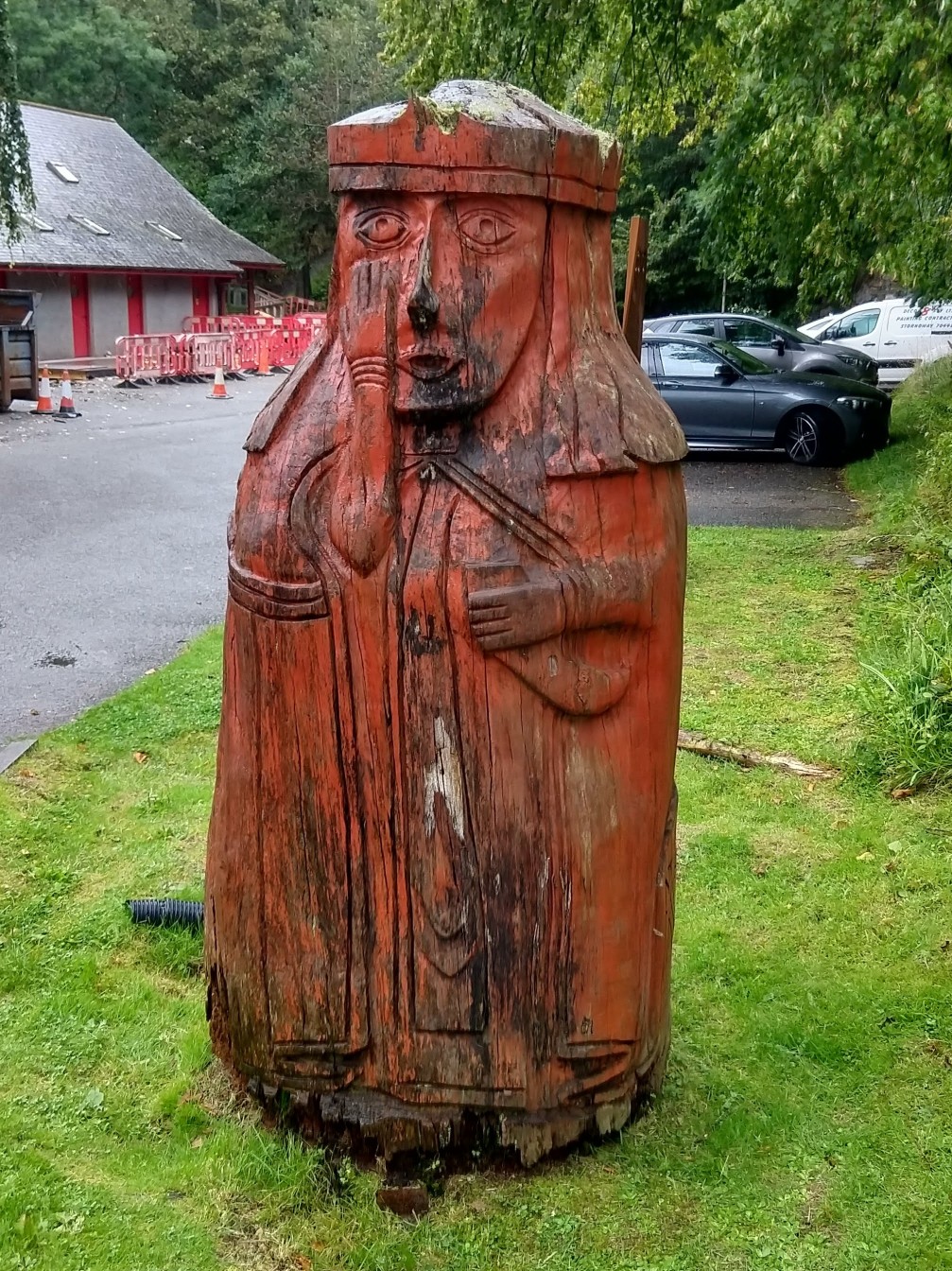 The Hebridean Way footpath currently ends at Stornoway, although it is hoped that a future extension will lead to the creation of a path to the Butt of Lewis, at the tip of the island, where the cycle route ends. There are quite a few nice things to see.

The justifiably famous stone circle of Callanish (in fact, one of a number of stone circles). My third visit here, it really is a beautiful spot, in addition to the archaeological interest. 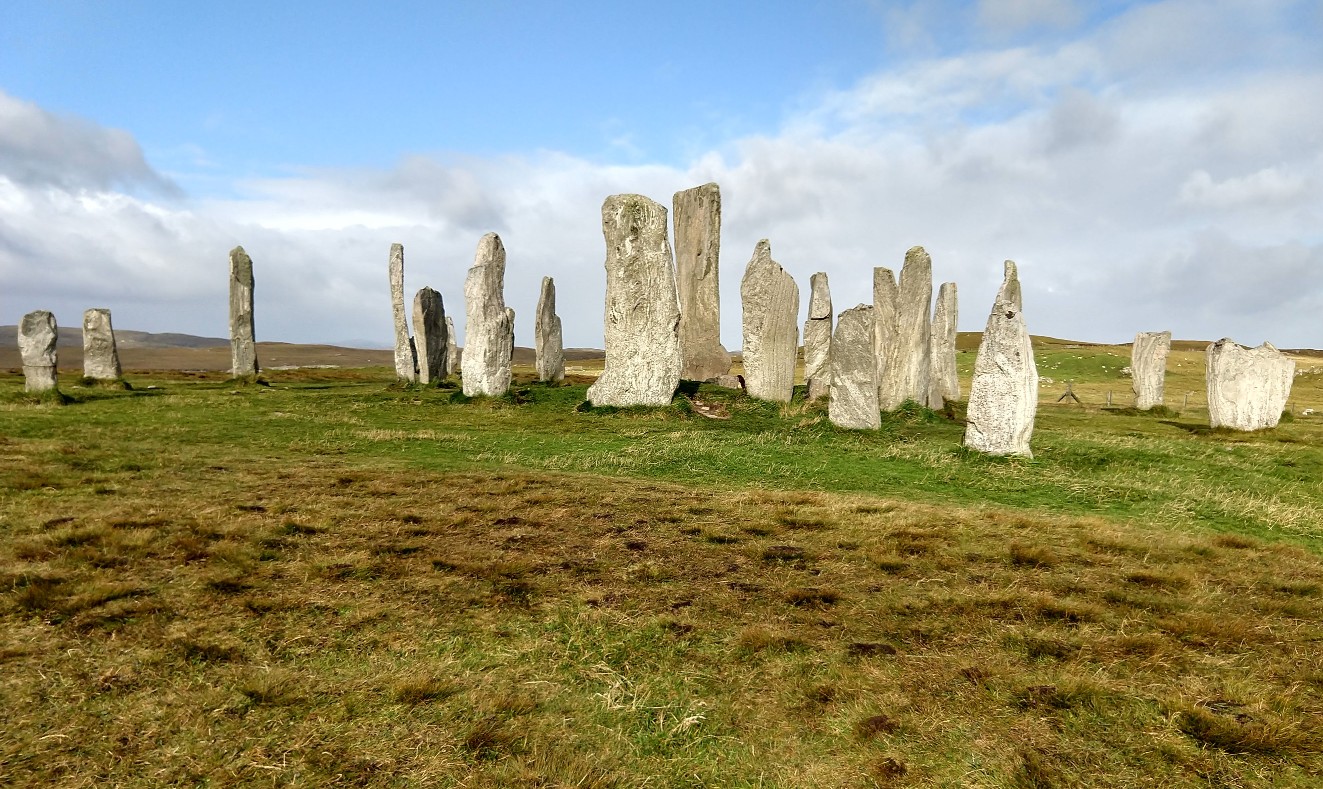 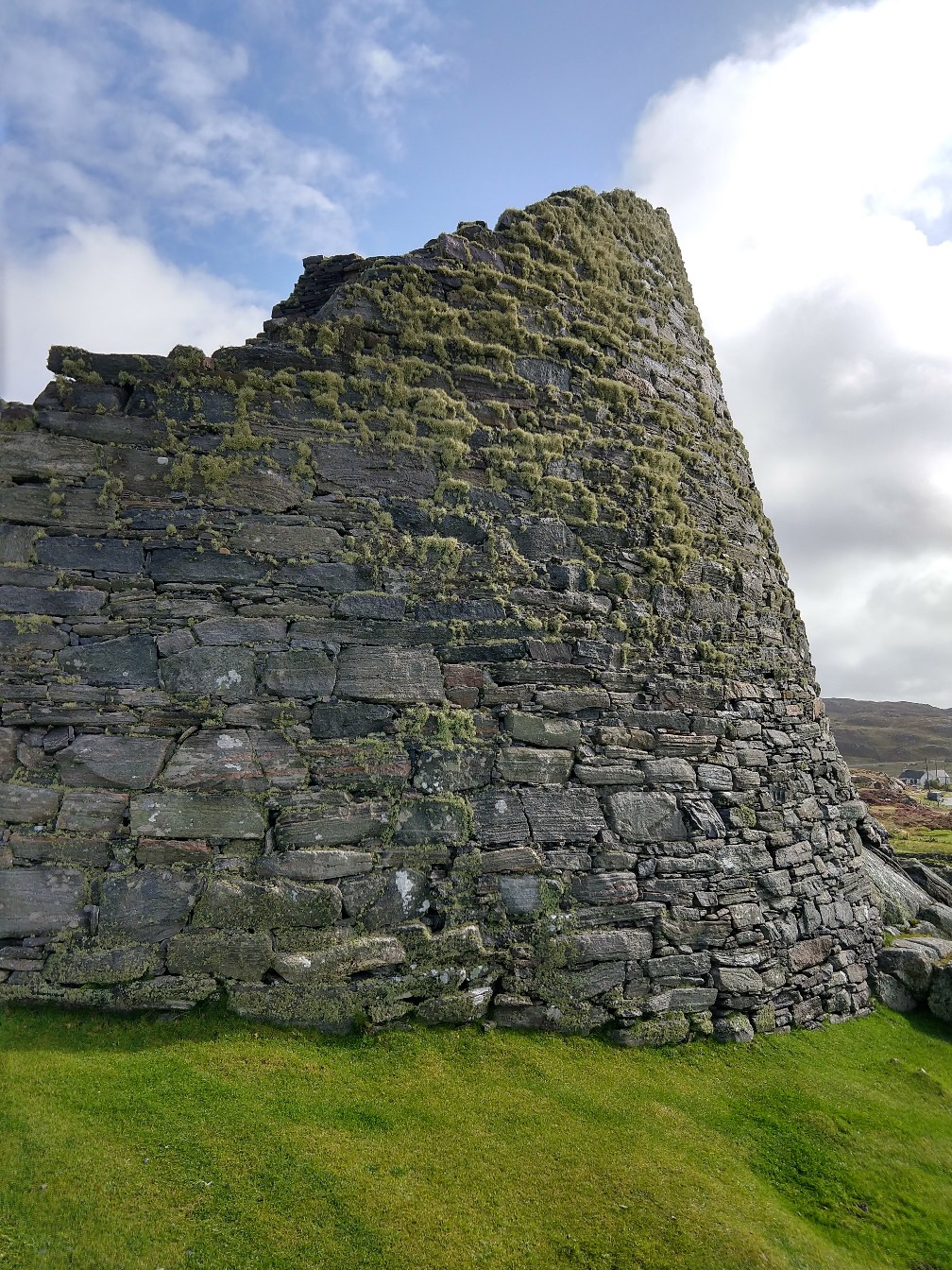 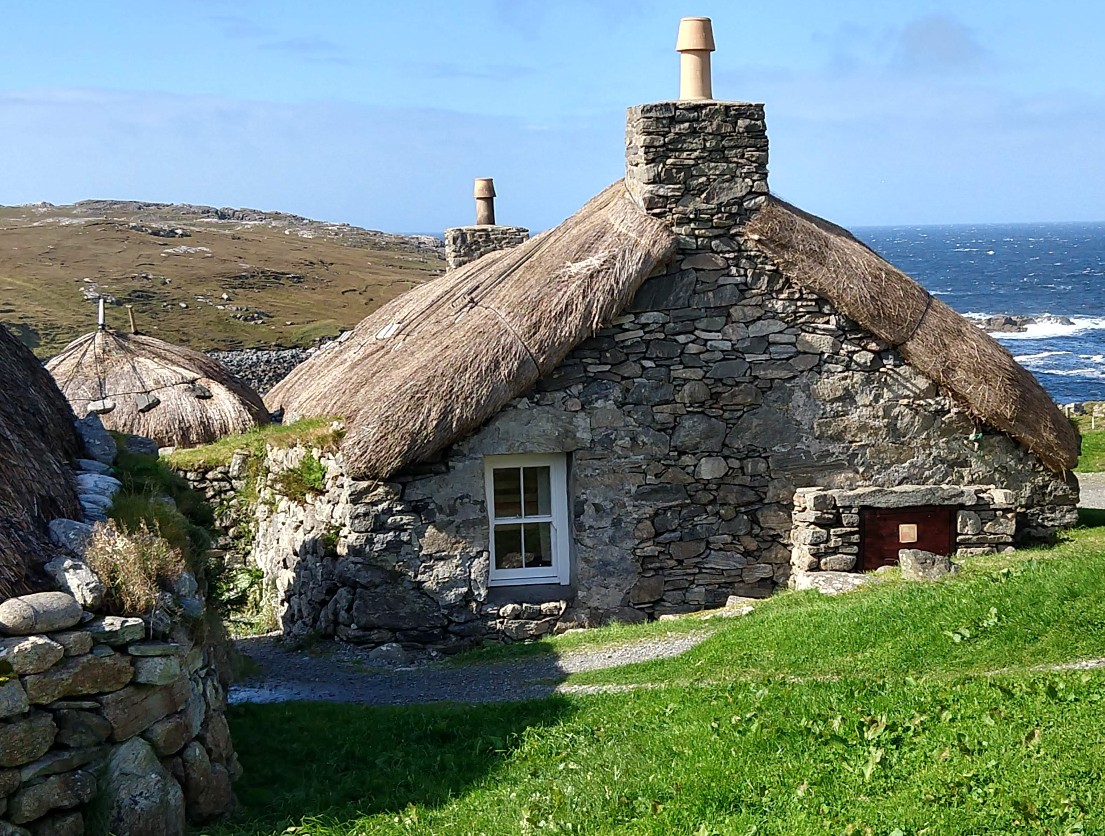 Lighthouse at the Butt of Lewis, with a sign showing the end of the Hebridean Way cycle route. 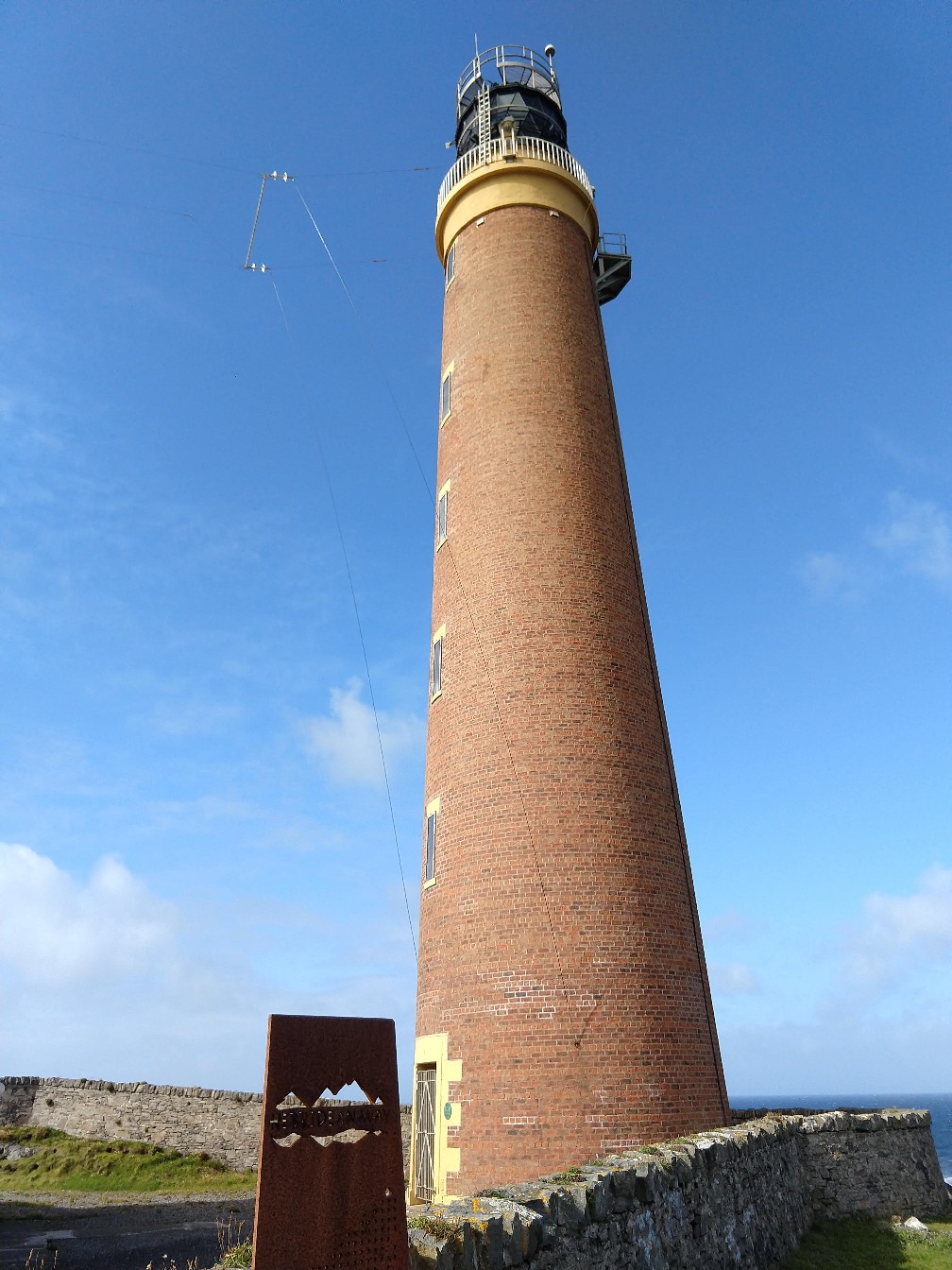 View out from the Butt of Lewis. 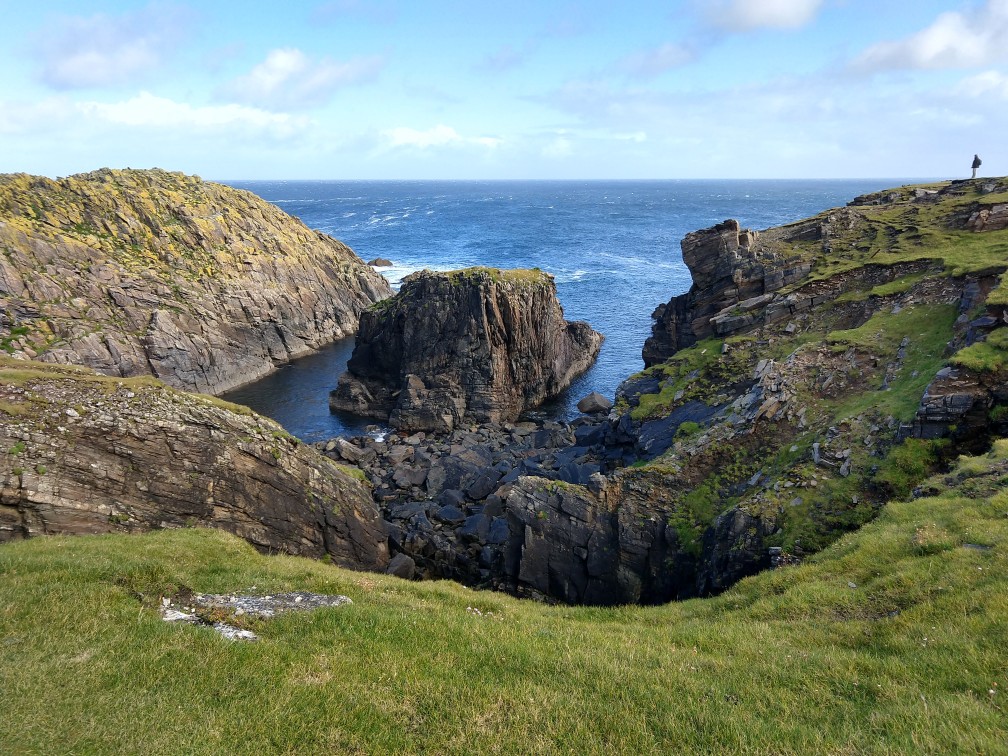