South Uist is the second largest of the Outer Hebrides, but has a population below 2000 people. Not surprising then, that I didn’t see anybody at all while running along the coast from the Kildare cafe up to my overnight stay at the Gatliff hostel, a beautiful traditional blackhouse and the nicest place I stayed during the run. Some of the Hebridean islands are quite flat, but the peaks of Beinn Mhòr and Hecla, both over 600 metres, were prominent for much of the time.

After going up the west coast of the island, the route turns inland, and takes a number of lengthy detours to avoid sections of the A865. These include a section through the Loch Druidibeag national nature reserve, a mix of new paths and bridges and picking a way across boggy heather moorland. After passing the Our Lady of the Isles statue, there is a very boggy stretch around the outflows of Loch Bee. The route then picks up the A865 and the causeway to Benbecula. After a day without any facilities in terms of food etc. (or indeed a mobile phone signal), there is a supermarket (Lovats) at the south end of the causeway and a Co-Op at the north end.

South Uist beach. No machair in flower in September, but beautiful nonetheless. 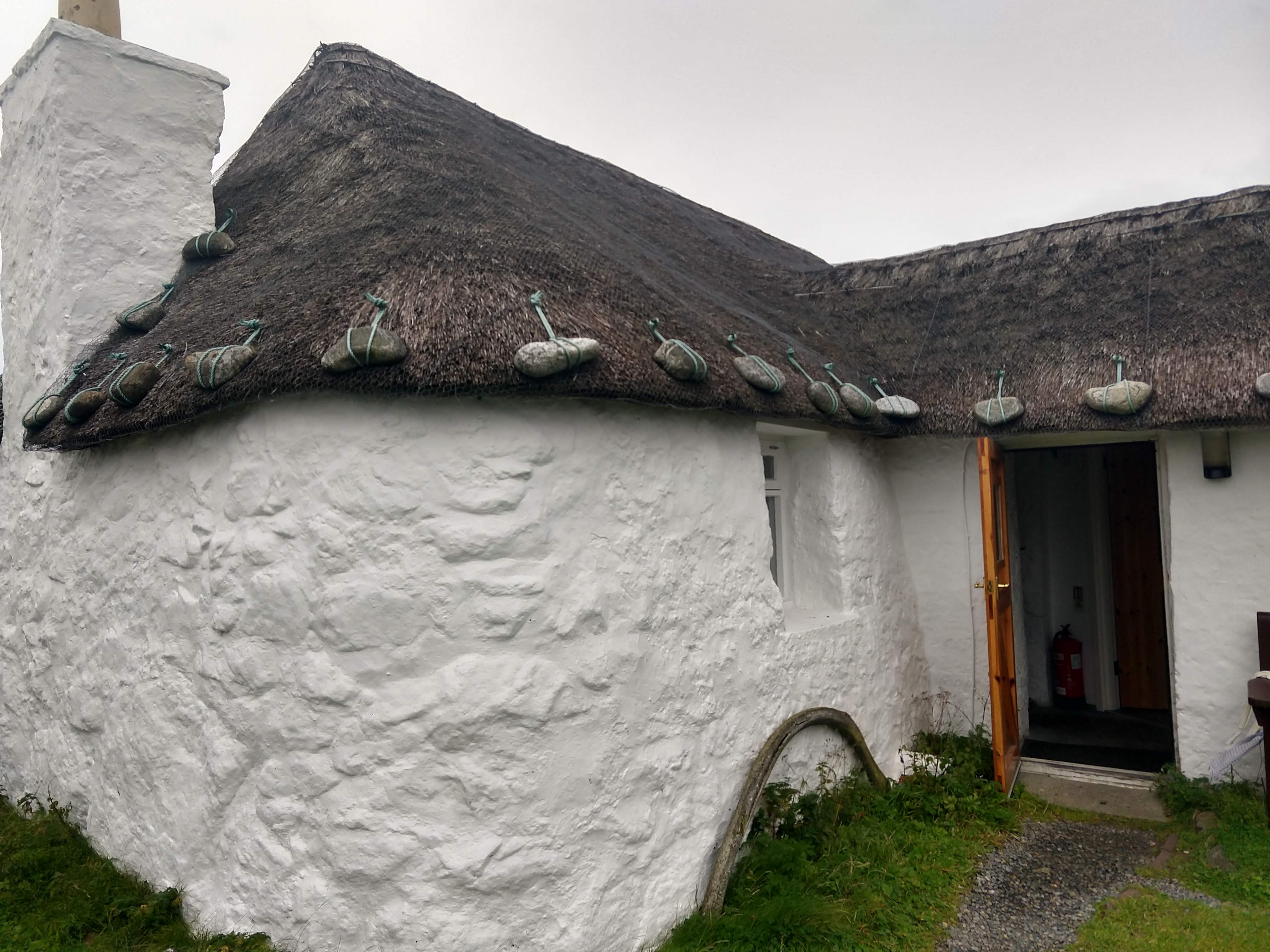 Plenty of archaeology to be seen today, this is the not-quite-so old Caisteal Bheagram, a medieval tower sitting on a small island in the loch. 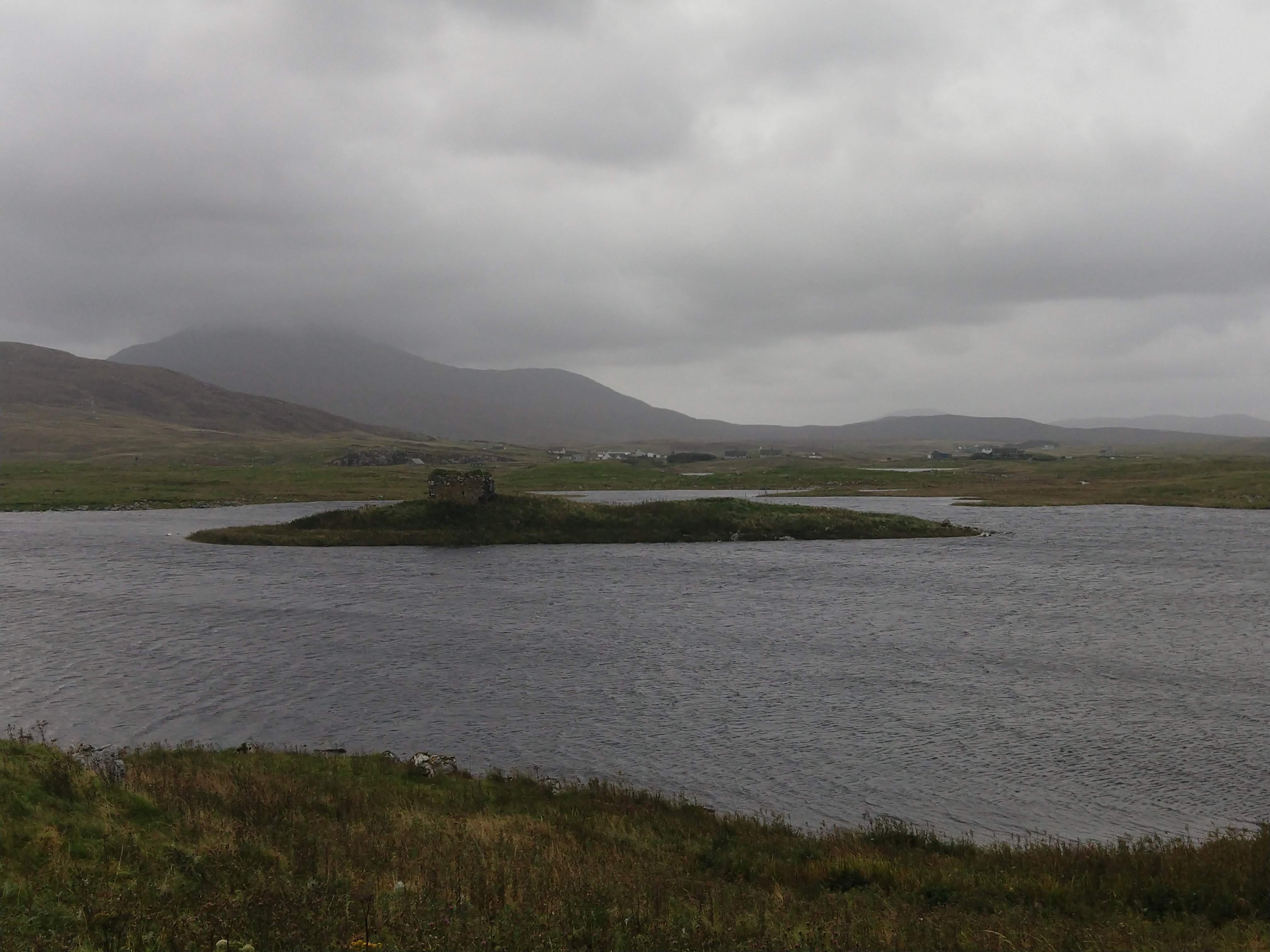 One of many nice bridges, and a fairly obvious path for once. 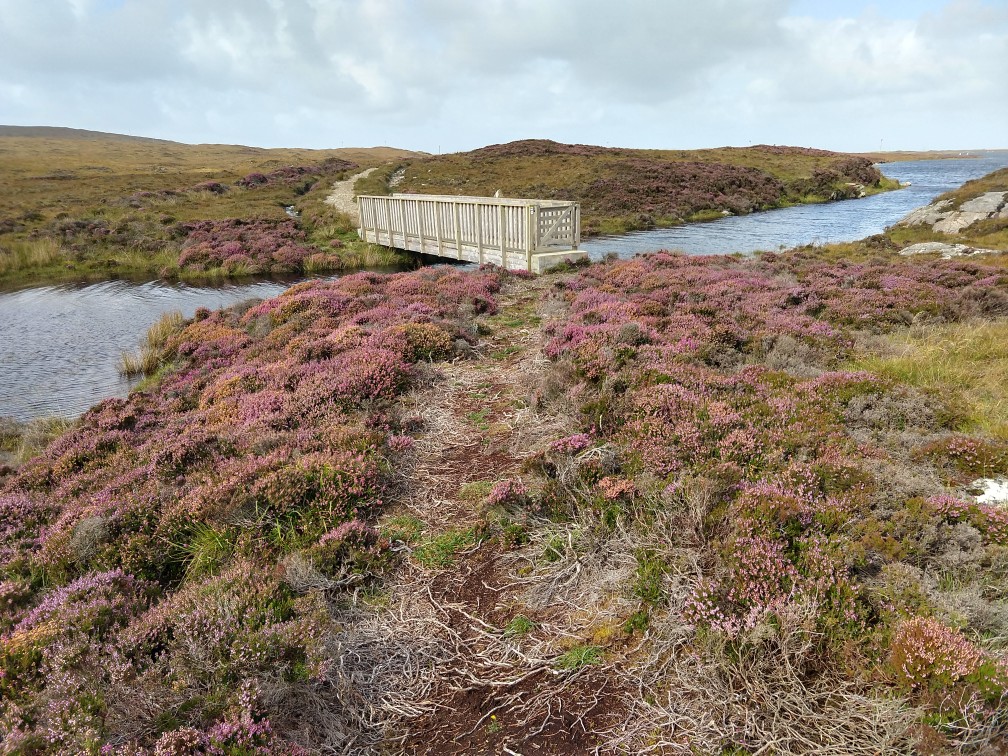