Vatersay is a small island, the southernmost inhabited island of the Outer Hebrides.

The Hebridean Way path starts at the village hall. There are two beaches, on opposite coasts of the island, quite close to the hall. You can also walk or run a beach a little way South of the hall, to start from the actual far end of the island. The Hebridean way simply follows the island’s only road, so it’s a good surface and the island is pretty flat.

The Hebridean Way start point has a nice marker sign. 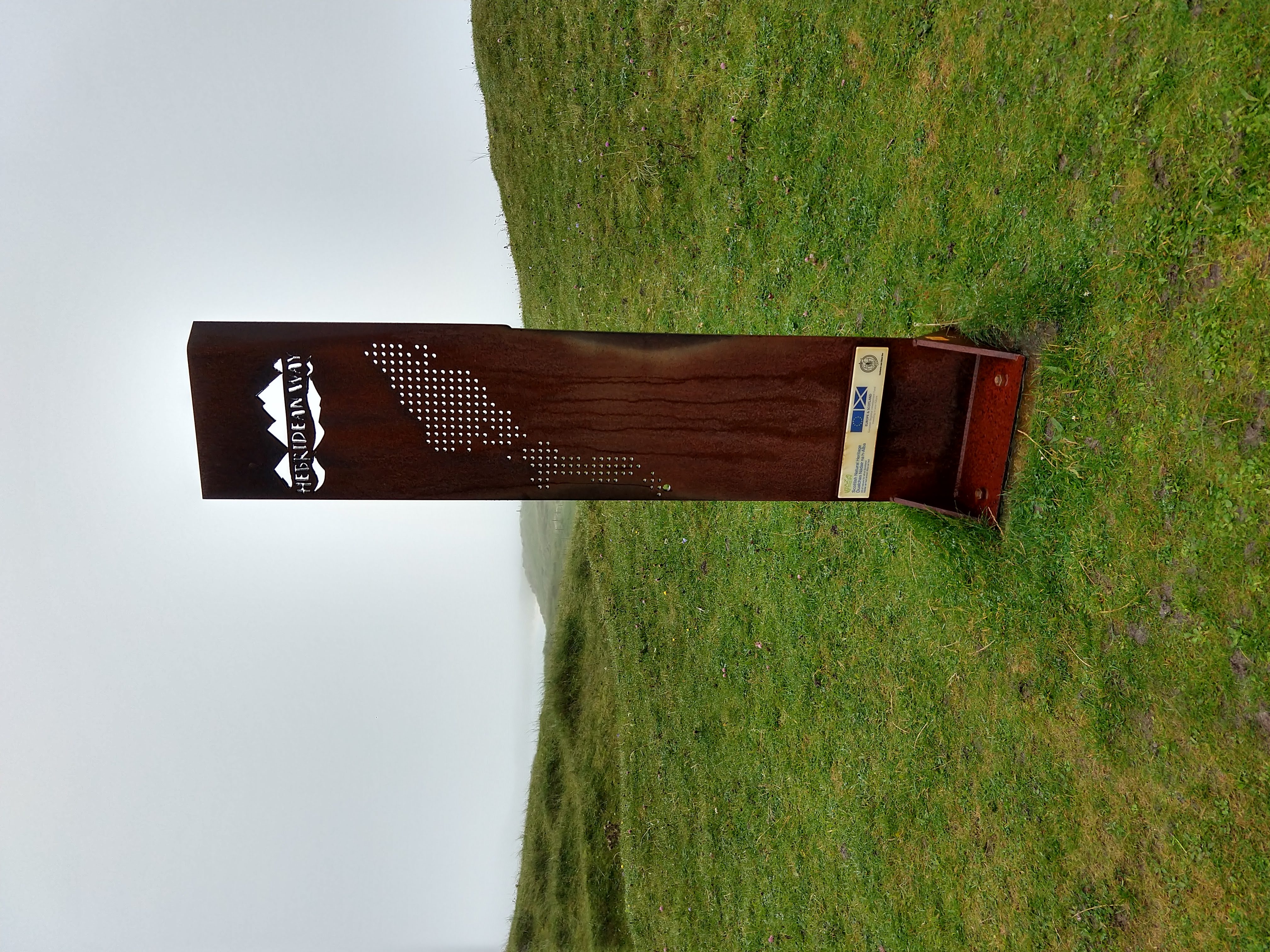 One of Vatersay’s several sandy beaches. 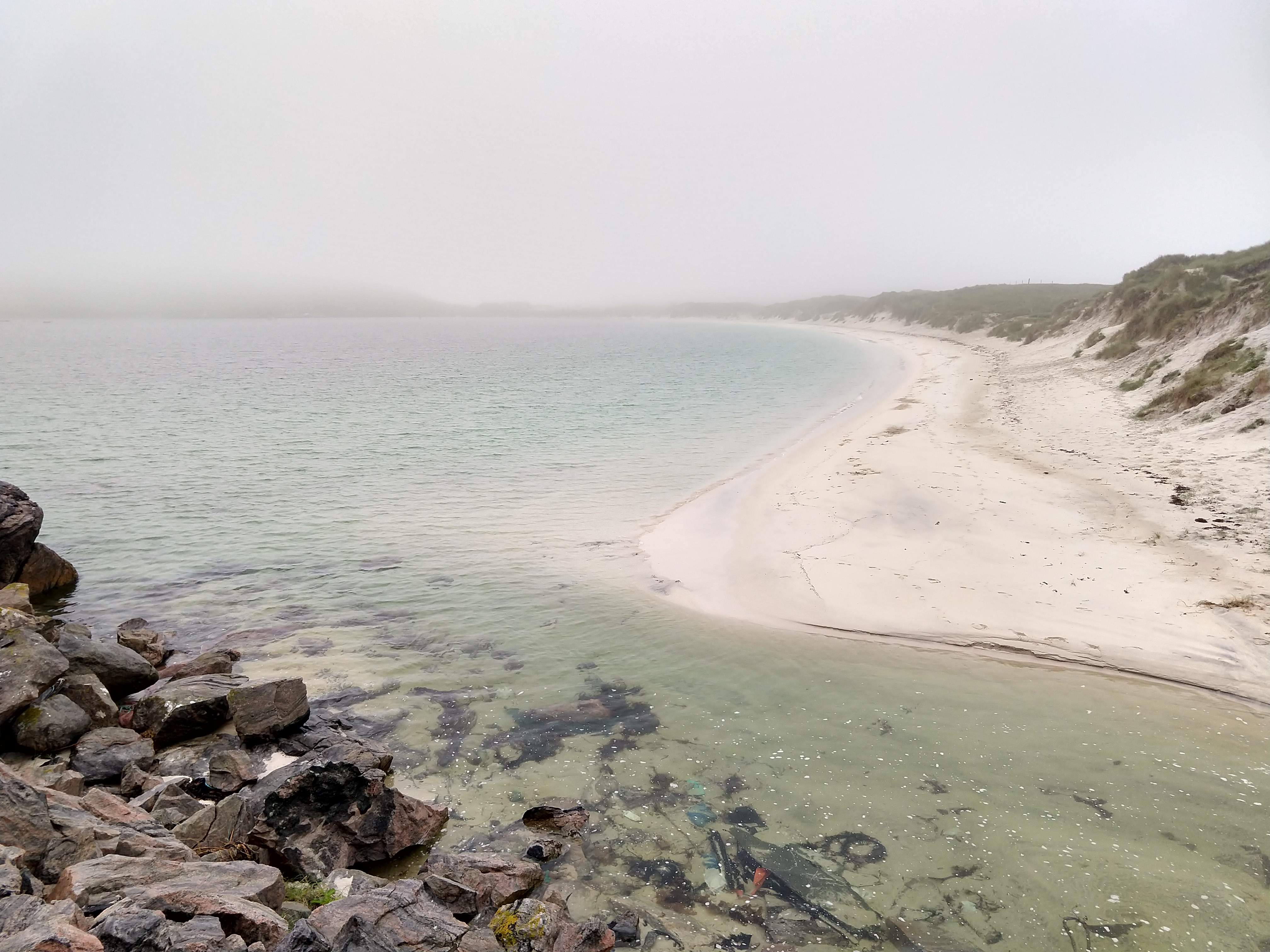 The remains of the Catalina flying boat which crashed here during a 1944 RAF training exercise, part of a memorial to those who died. Further information can be found on Atlas Obscura, here 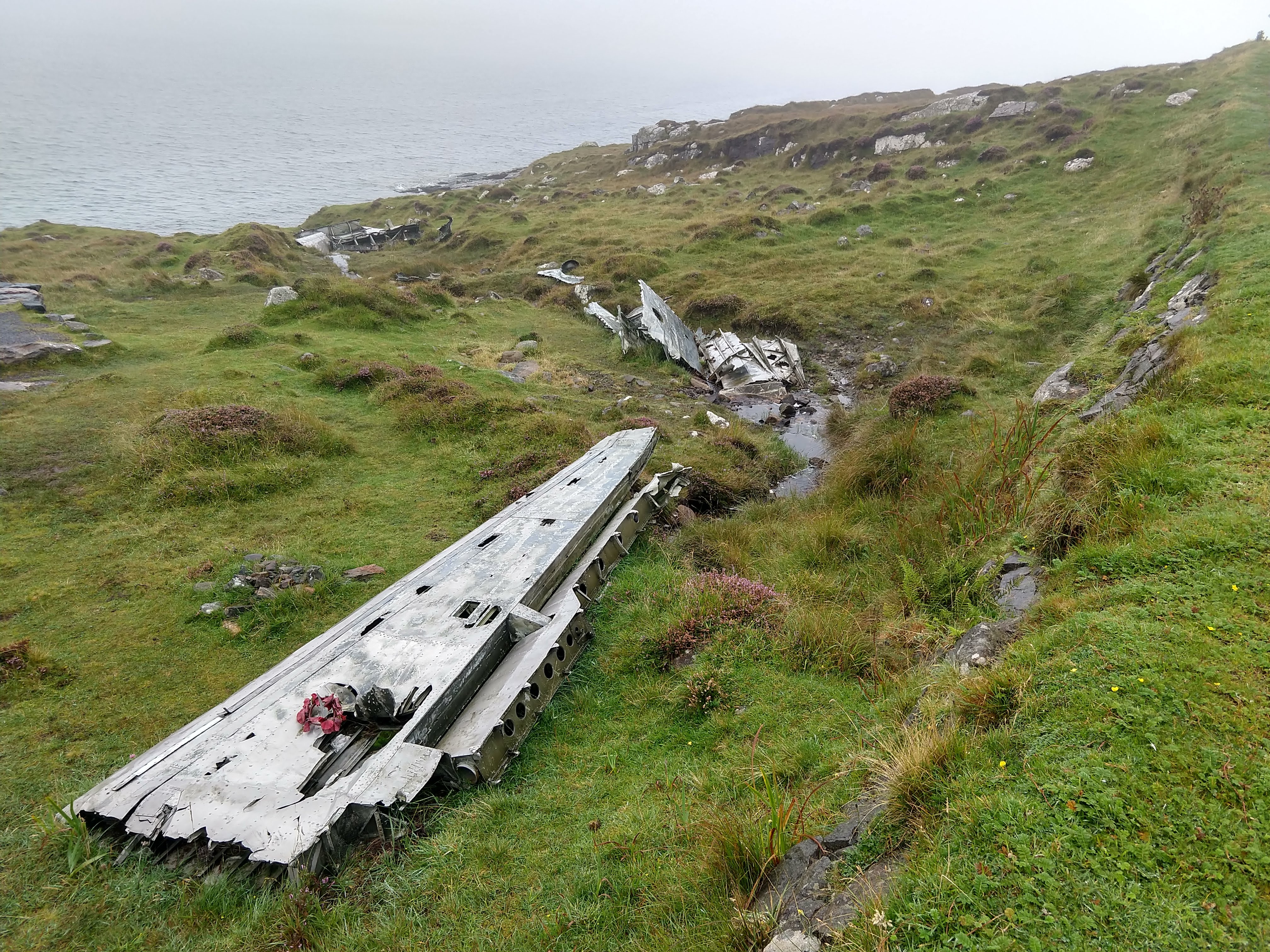 Although it was sunny on Vatersay, there was a lot of cloud and mist about over on Barra. 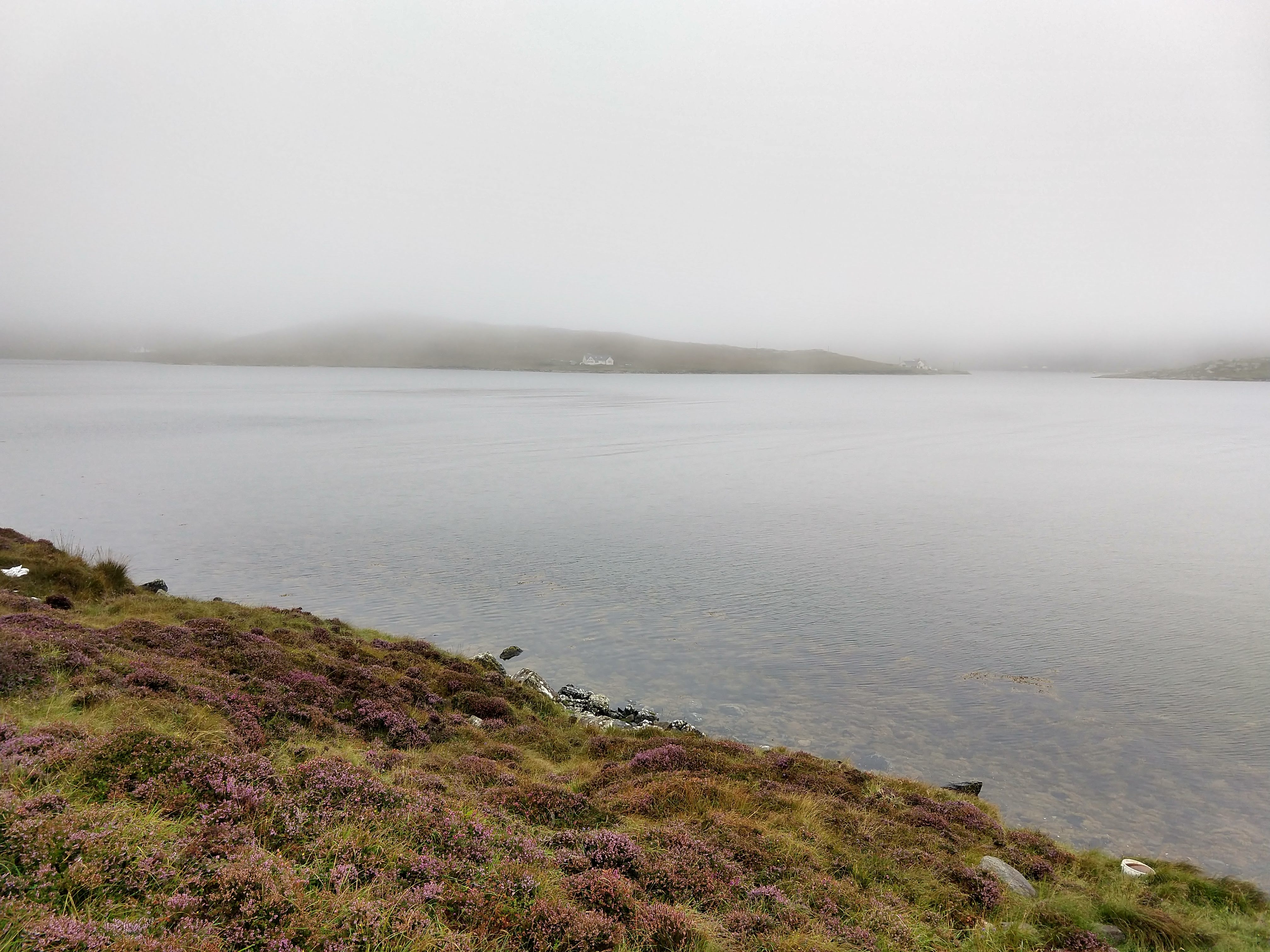 The short causeway over to Barra, allowing vehicles (and people) to pass between the islands without the use of boats. It’s probable that the island would’ve been abandoned without this. 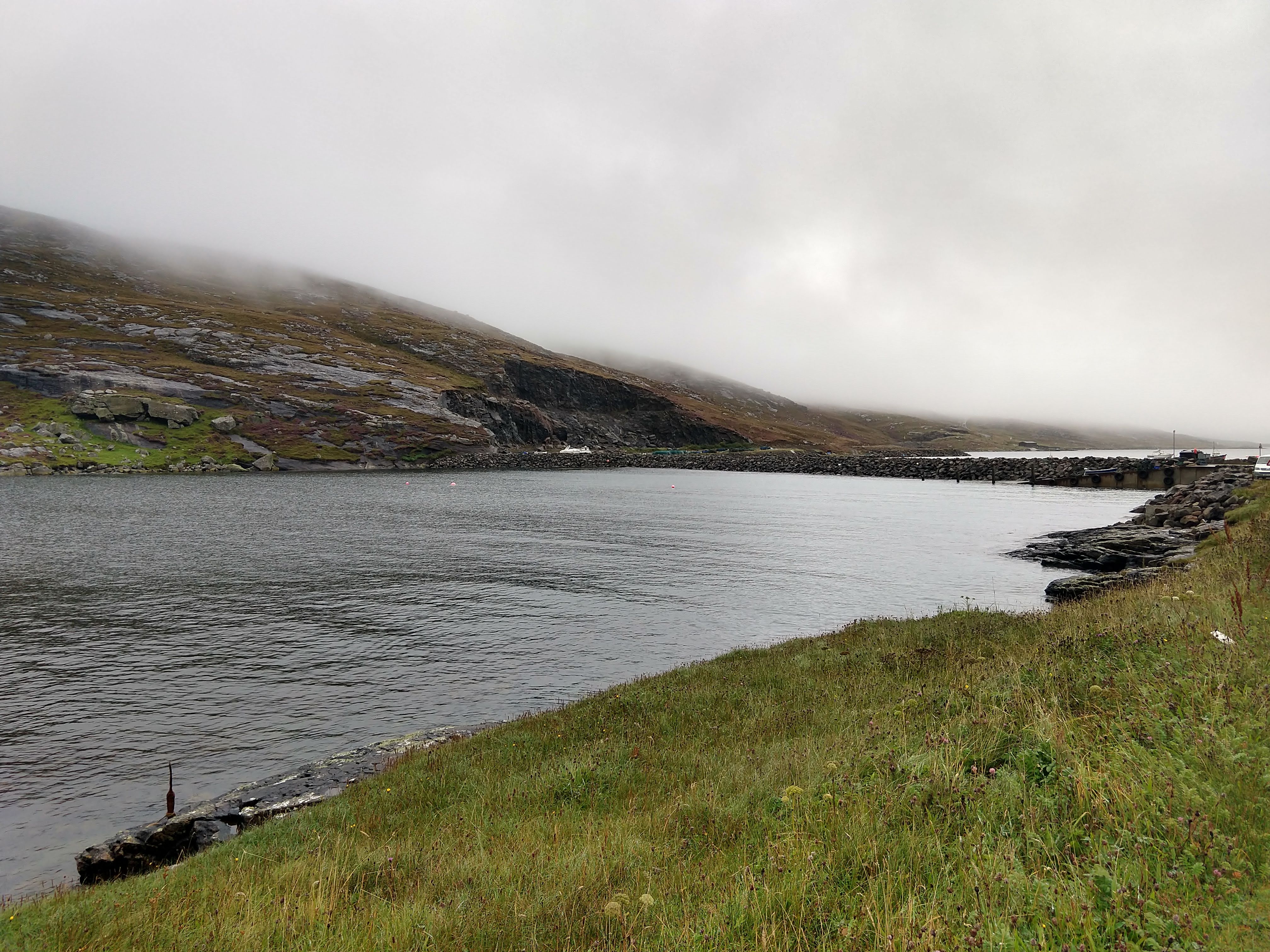